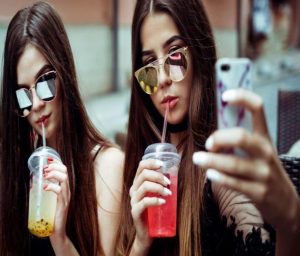 I will keep it short, or at least I will make effort to. I am horrible at keeping up with social media stuff. I am and I know it. I should write a blog, I should post daily, I should relate to potential clients. I should show the work that’s been done or I should post more content….. “I Should”. Yet while “they” (whoever “they are) say “I should”, the truth is; I have been. I have been serving, giving, doing, thriving, believing, working, and the list is long. But when I start comparing my “should haves” that someone else creates are not my doings, and I could feel less than , that I didn’t do enough, or give enough. I find that the generational gap is large, and misfit & it takes longer to post one’s good intentions, than it does to do good intentions.

I had a client member who tells me her daughter, who is a Jr/Senior in high school, wants to be a “influencer”. I may be the wrong age to know how that works, yet I was taught, and still do teach to others, that walking the walk is much different than talking the talk. Being the leader is influential. Doing the right thing is “influential”, speaking truth is influential. It is hard for me to recognize a teen sitting at home on the computer as influential. Yet don’t get me wrong, I love the kid who is tech savvy and will do somethings in half the time that I can. I just want to speak up for a minute to ask the question what kind of leader are you? Or what kind of leaders are you raising? I see parents who never push their kids to be or do anything, to no work ethic and no knowledge of how life is and let them “figure it out on their own”, and I see children under pressure at very young ages to be “perfect”, and without a doubt there is a balance between both, that seems healthier. We as a whole and as an individual can be better, we can eat better, workout more, study more, read further, serve more, etc. Yet I believe if those are goals that are on the horizon, we will obtain, and in doing that, WE WILL INFLUENCE. Influence builds leaders. I watched some children in a play area the other evening and without hesitation one young man announced to the rest of the children, some much older and some younger, “that we are playing tag and these are the rules”, and the entire playroom was playing tag and by the rules, in less than a minute. This kid is a leader, although he
doesn’t realize it yet; but he has been taught with confidence to set a plan into action and to execute it. He was influential, not by sitting on the bench whining and wishing, they would play the game, but by simply asking “who wants to play tag? Okay then here are the rules, lets go!” By doing, was he influential.

Lessons learned for us; is “by doing we are influential”. Getting results is the win, and it often takes a little sacrifice, some effort or hard work, and the confidence to believe in who you are and what you are trying to accomplish. Ask yourself “Is this what a leader would do? Is this how to influence others to the results we are after?” When you are clear about that then the doing is easy. The doing, the walking the walk, and executing your ideas and goals hushes the “should haves” because you are already about the business of your life, and in that YOU WILL INFLUENCE. Loving the journey, Lori